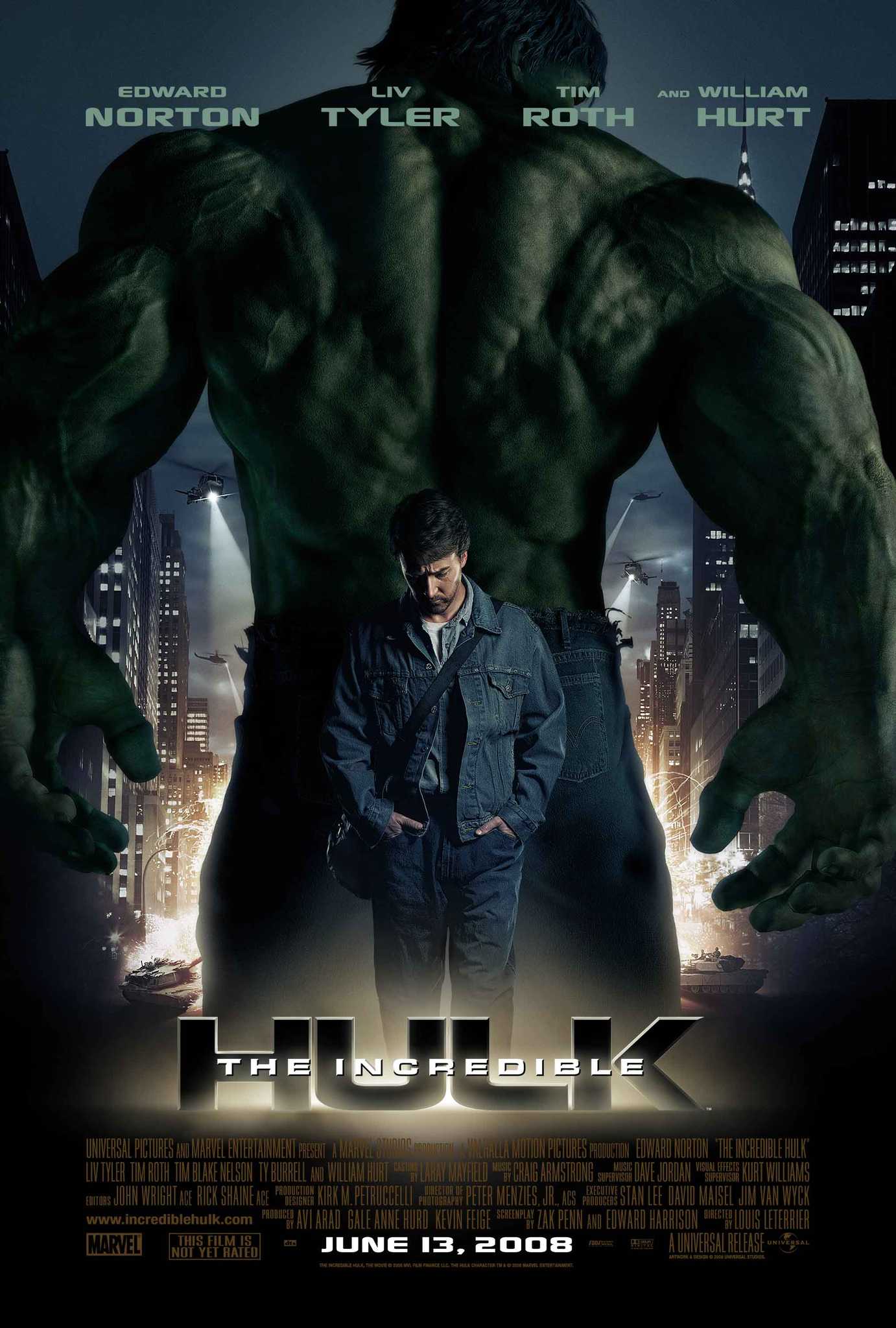 Depicting the events after the Gamma Bomb. ‘The Incredible Hulk’ tells the story of Dr Bruce Banner, who seeks a cure to his unique condition, which causes him to turn into a giant green monster under emotional stress.

Whilst on the run from military which seeks his capture, Banner comes close to a cure. But all is lost when a new creature emerges; The Abomination.

At Culver University in Virginia, General Thaddeus “Thunderbolt” Ross meets with Dr. Bruce Banner, the colleague and boyfriend of his daughter Betty, regarding an experiment that Ross claims is meant to make humans immune to gamma radiation.

The experiment—part of a World War II-era “super soldier” program that Ross hopes to re-create—fails. The exposure to gamma radiation causes Banner to transform into the Hulk for brief periods of time, whenever his heart rate rises above 200 beats per minute.

The Hulk destroys the lab and surrounding area, killing several people inside and injuring the General and Betty, and others outside. Banner becomes a fugitive from the U.S. military and Ross, who wants to weaponize the Hulk.