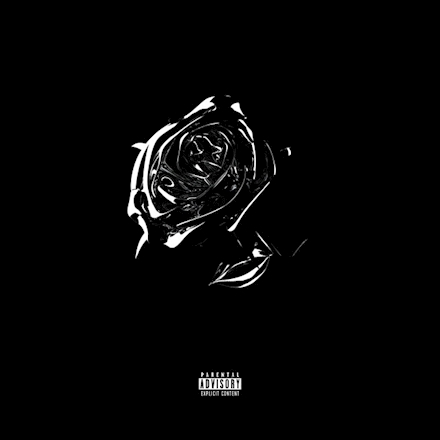 Apparently, the American rapper died on the 19th of February, 2020. We are celebrating the anniversary of his death happening yesterday by bringing back this album.

Shoot for the Stars, Aim for the Moon is the posthumously released debut studio album of American rapper Pop Smoke. It was released on July 3, 2020, by Victor Victor Worldwide and Republic Records, and a deluxe edition of the album that includes fifteen additional tracks—including remixes of three songs from the original—was released on July 20 that year, a date that would have been Pop Smoke’s 21st birthday. It is a drill, trap, and R&B record.

If the uproar over the original cover of Shoot for the Stars Aim for the Moon—designed, per Pop Smoke’s wishes, by Virgil Abloh—tells us anything, it’s that hip-hop fans cared deeply for the slain Brooklyn rapper. As Smoke’s official debut and the project following up the well-received Meet the Woo mixtape series—not to mention the first one Pop wouldn’t be around to deliver—Shoot for the Stars meant enough to fans that they’d object in droves to what they believed was an unfit representation of their hero. What they’d find once they got past the artwork, though, is that Smoke had quite a bit of music diverging from the quintessential Brooklyn drill he was best known for.

Shoot for the Stars Aim for the Moon was executive produced by 50 Cent, the veteran MC having formed a mentor-like relationship with Smoke sometime during Smoke’s meteoric rise. “When me and Pop went to go see 50 originally, he told 50, ‘Yo, I’m working on this album,’ and he was sending 50 songs,” Pop Smoke’s friend and manager Steven Victor tells Apple Music. “’Yo, get Chris Brown on this song for me. I’m thinking about putting this song on my album.

What do you think about it?’ They were already in conversation about his album.” Following Smoke’s untimely passing in February 2020, 50 would take the reins as a means of honouring his friend’s vision. “I recorded three records and then I was like, ‘Don’t let me overkill or over-50 on Pop’s shit,’” 50 Cent tells Apple Music. “There’s certain joints there that Steven will tell you—because of my process, I understood what he was doing.”