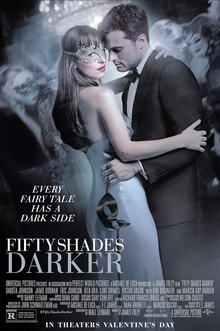 After Anastasia Steele left Christian Grey, he has nightmares about his abusive childhood. Meanwhile, Ana begins a new job as an assistant to Jack Hyde, an editor at Seattle Independent Publishing (SIP) whose last three assistants all quit within only 18 months.

Ana runs into Christian at the opening of her friend José Rodriguez’s photography exhibit. She is dismayed Christian bought all of José’s portraits of her. He wants her back and agrees to “no rules, no punishments, and no more secrets” terms. He also tells his birth mother was a crack-addicted s-x worker.

As Jack and Ana head for an after-work drink, she is approached on the street by a young woman resembling her. Christian arrives at the bar and is cool towards Jack, then quickly departs with Ana. She dismisses Christian’s warning about his reputation, and is annoyed that he is considering buying SIP. Jack tells Ana he expects her to accompany him on a New York book expo trip, but after speaking with Christian, she agrees not to go.

Shortly after, Ana again sees the same woman watching them from afar. Christian avoids answering about her identity, but later explains she is Leila Williams, a former submissive. After their contract ended, she wanted more, but he didn’t. Leila married a man who later died, causing a nervous breakdown. She has been stalking them ever since.