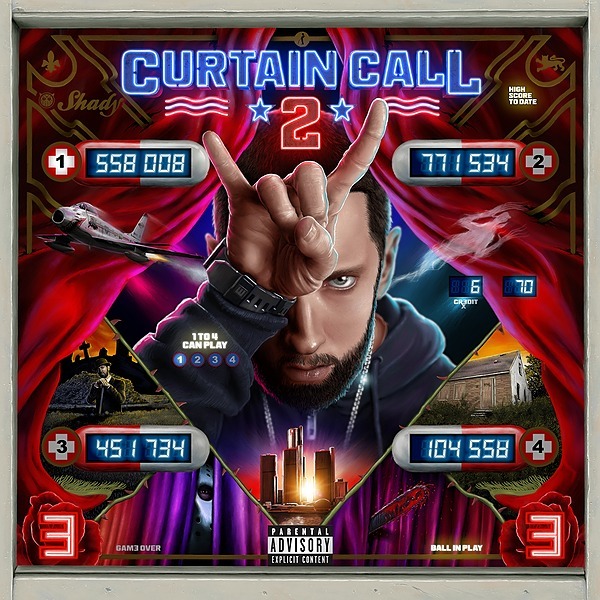 How, then, are we to regard the wealth of hits that came after, songs like Em’s unflappable assertion of elite-tier MCing “Rap God,” the heart-wrenching testament to his vulnerability “Not Afraid,” or even blockbuster collaborations like “Walk on Water” (Beyoncé), “Won’t Back Down” (P!nk), or “The Monster” and “Love the Way You Lie” (Rihanna)? Curtain Call 2, anyone?

The MC’s output post-Encore is all well-represented here, the project’s curators having made sure to include everything from late-career link-ups with the big dogs of his era (Snoop Dogg, Lil Wayne, 50 Cent) to his work with fans turned formidable MCs in their own right like Joyner Lucas, Juice WRLD, and Yelawolf.

At 35 tracks, it’s a heaping helping of Em, and one that’s sure to remind fans why we can’t help but stick around long after he’s left the stage.