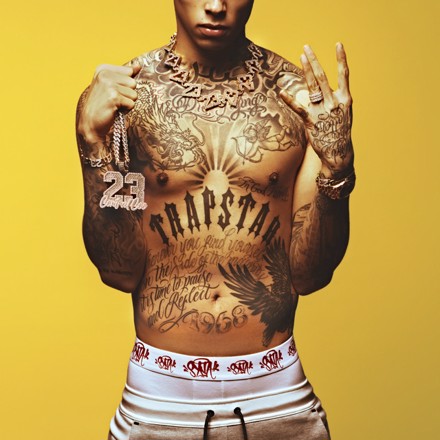 An air of confidence has always surrounded Central Cee. On 2021’s debut mixtape, Wild West, the Shepherd’s Bush MC rhymed about rejecting offers for his signature, before his rise to award-winning acclaim and viral moments that felt somehow inevitable.

On 23, the West Londoner’s second full-length tape, he walks with an even greater spring in his step. “When I came into rapping, my initial stance was to go for the money,” Central Cee tells Apple Music. “And get as much of it as I could—but it’s funny, because somehow everything’s changed now.

It’s less and less about that, and more about making a true impact, getting a positive message out, and hopefully changing some lives in the process.” There’s a lot of positivity here. He reflects on the road from W10 to Beverly Hills on “Cold Shoulder”, heads for private planes on “Terminal 5”, trips the continent with international drill stars on “Eurovision” and mingles with Puff in LA on “Bunda”.

“I locked myself away in the studio for about two weeks,” he says. “I don’t really enjoy spending days in the studio much, but we set up a really good creative space, with all of my guys, a few that make music, too. So there we were: all being productive, and getting it.”