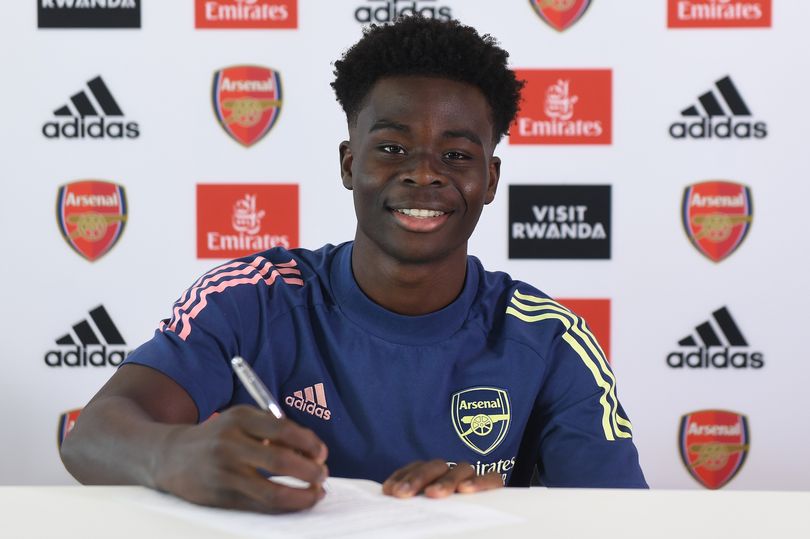 The former Arsenal man proved to be an inspiration for Saka

Bukayo Saka signing a new deal at Arsenal is news the Gunners supporters have spent ages waiting for.

There were real fears that the teenager would be plying his trade elsewhere after contract talks stalled between Arsenal and the player ahead of the final year of his current deal at the club.

There was interest from abroad, namely from Borussia Dortmund, but Saka brought an end to any speculation around his future on Wednesday by putting pen to paper on a new four-year deal at the Emirates Stadium.

Gunners fans will hope he is not the last to pen a new deal, with Pierre-Emerick Aubameyang in the same position of entering the final year of his current contract at Arsenal.

But for Saka, who has shot to prominence this season with a number of stellar performances, scoring three times and laying on 11 assists already, it is the culmination of a lot of hard work during his even younger years. And the 18-year-old named one former Arsenal star as the inspiration behind his rise to the top – Jack Wilshere.