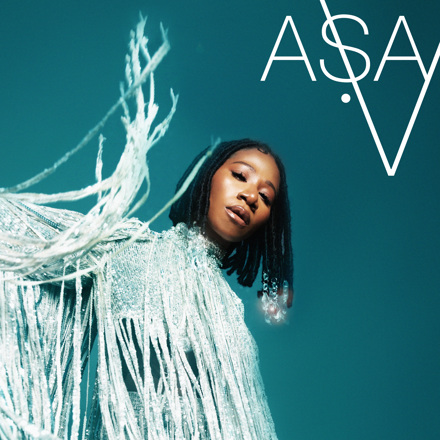 “V is about happiness, love, friendship and lots of joy,” she tells Apple Music. “It’s fresh and modern, but it’s also something you’re familiar with. I’m simply expressing being with the flow of things.” That sense of flow is influenced by both a sense of freedom and her locale.

“Writing these songs at home meant the soil, air, food and sun all made contributions to the creation of this album,” she says. “The album was written entirely in front of water and that definitely contributed greatly to the songs because I was so calm. That solitude I love is something you’ll hear a lot on V.”

While the global pandemic may be synonymous with isolation, Aṣa’s cancelled tour resulted in serendipitous features with Afrobeats doyen Wizkid (“IDG”), alté maven Amaarae (“All I Ever Wanted”) and contemporary highlife outfit The Cavemen. (“Good Times”).